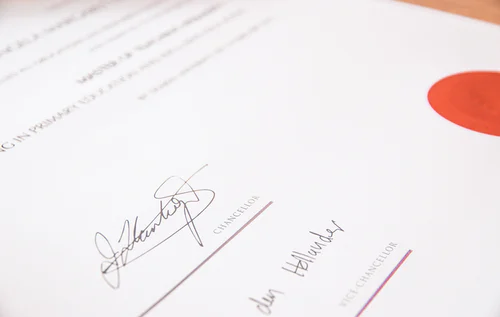 Over the past two years at King’s High we have been developing a Creative Thinking Certificate. Our overall goal for the Certificate was for students to choose an independent project and produce something creative, with the wider aim of giving our students a break from exam classes, as well as teaching them skills that will be valuable in further education and beyond. The course was allocated a fortnightly timetabled slot for Year 10. You can find the Certificate itself, including course resources and a link to sign up students from your School:

When designing the certificate, and in line with the definition we outlined in our introductory blog post, we took creative thinking to mean the ability to generate ideas. We soon realised that this might mean students choosing to work on a number of different types of work, including but not limited to the following:

Example: How can we use architecture to combat rising sea levels on small islands?

Example: Where does the responsibility for the financial crash of 2008 lie?

Example: How can you employ Picasso’s style to create a piece of artwork that raises awareness about the environment?

When we started out with the Certificate, we wanted students to enter into one or more of these processes and to have free choice about which one they chose. During our first year of developing the course, we created several ‘streams’ that students could join: the ‘Problem-Solver’, the ‘Researcher’, the ‘Creator’. Students then chose their own research project and teachers supervised them. They produced some excellent work, from comparisons of the training methods in international ballet schools to a mockumentary inspired by the comedic techniques of The Office. It was the kind of surprising, fascinating stuff that teenagers can come up with when given free choice and guidance.

We also found in the first year of the Certificate that the task of generating ideas independently, and the list of ways in which a student might conduct creative thinking, were too broad. A minority of Year 10 students thrived when given complete free reign to come up with ideas; most, however, needed further support to help them gain intellectual focus and structure. We realised that further scaffolding was needed to maximise their learning.

How, then, could we scaffold our Creative Thinking course? There seemed on reflection to be two broad options. Firstly, we could scaffold the content about which students could think creatively. For instance, we could spend time teaching Year 10 about ‘society’. What does the word mean? What, generally, are the characteristics of a society? What are some key and diverse examples of a society? From there, we could set students off on a particular creative thinking project; for instance, they could design their own society, using the information they had previously learnt.

Secondly, we could scaffold the precise kind of creative thinking in which we wanted students to engage. Did we want students to solve problems, form arguments, produce artistic responses to existing work, or something else entirely? But if we were to choose one of these, how would we go about teaching students how to develop that particular skill?

Both approaches clearly had merit, but we decided that, by choosing the second option, the primacy of the focus on creative thinking, rather than a specific topic such as ‘Society’, would be better preserved. Working this way, we could devote more time to teaching students how to learn a skill that they could then transfer, rather than combining a particular knowledge domain with a wider range of skills.

One of the potential pitfalls when we were designing our skills-based Creative Thinking course was clearly that we needed to ensure that students were also growing rich in knowledge about their chosen topic.

This particular issue feeds into one of the major discussions going on in education at the moment: the debate about whether ‘knowledge’ or ‘skills’ should be the primary focus. Some thinkers emphasise that you can’t apply skills unless you know things first, and claim that skills-based teaching can lack rigour and depth. Others criticise the blandness of a curriculum based on memorising information without a definite sense of why that information is valuable or useful, and emphasise the motivation and independence that come from teaching a skill and allowing a student to apply it independently.

Our sense as teachers was that the debate thus defined was rather an empty one. To a classroom practitioner, it’s pretty clear that ‘knowledge’ and ‘skills’ are not an ‘either… or’ situation but a ‘both…and’ one. It seemed fairly obvious that our students couldn’t think meaningfully about a topic at a high level unless they were rich in fascinating, challenging knowledge about it first. Equally, there was little use in our students remembering a host of things unless it was clear what their pure, intrinsic value was, or unless they were given a clear sense of how that knowledge was going to be used in a meaningful way.

Our response to the question of how to combine knowledge and skills was relatively simple. When designing our Certificate, we scaffolded according to the problem-solving skills students would learn about, but we also added a second layer of scaffolding. Before doing any creative thinking about their chosen topic, students first had to display their knowledge of their chosen topic in a detailed written summary. You might call this ‘structural scaffolding’.

We’ll say more about how we approached this ‘structural scaffolding’ in a later blog post – Knowledge-Rich Creative Thinking – but for now the point we’re trying to make is that the development of our certificate has led us to a three part model, which might be summarised as followed:

We suspect that this approach might be a good model for the development of future courses that teach and assess modes of creative thinking other than innovative problem-solving. For instance, they would work well in a course designed to break down the skill of forming an argument, or the skill of appropriating an aspect of an existing work of art or other product in a student’s own work.