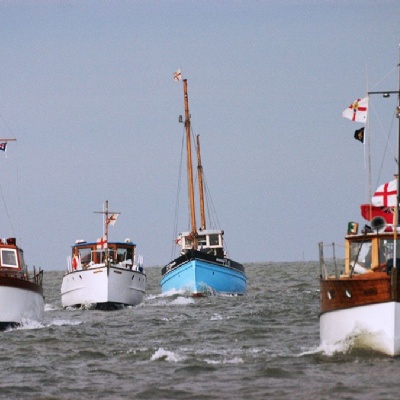 Pictured: some of the Dunkirk 'little ships' on the anniversary of the evacuation

Sophie (Year 9) entered the Young Historian Award, run by the Historical Association (the UK’s national charity for History). She has been awarded Highly Commended by the Spirit of Normandy Trust for her essay on Dunkirk.  This was a national competition and they received a record number of entries this year!

The Spirit of Normandy Trust educates children and the general public about the events leading up to the Normandy Landings and the historical significance of World War 2. This includes promoting the annual essay competition, organised in association with the Young Historian Project.

In the Trust’s words: ‘When you look at the scale of D Day and the onward fight through Europe it is easy to forget that victory was delivered by ordinary men and women, called upon to undertake an extraordinary task, which they carried out with courage and determination.’